GE-ER is engineered with a Max Gross Takeoff Weight (MGTOW) of 4,200 pounds, utilizing a high-performance 180HP diesel engine compared with the Gray Eagle's GTOW of 3,600 pounds with a 160HP diesel engine. The incorporation of GE-ER's deep belly design and 500-pound centerline hard point allows for 900 pounds of internal fuel load, with the capability of an external fuel pod that can accommodate an additional 450 pounds (Gray Eagle's fuel load is 600 pounds). Use of this extra fuel supports persistent Army Reconnaissance, Surveillance, and Target Acquisition (RSTA) missions. GE-ER endurance has been demonstrated in all Army operational configurations and flew nearly two days straight during testing at GA-ASI's Flight Operations Facility in El Mirage, California.

GE-ER features an automatic takeoff and landing system (ATLS) that allows the aircraft to be launched and recovered without any operator interaction. Its ATLS is based upon GA-ASI's Gray Eagle ATLS which has successfully conducted tens of thousands of takeoffs and landings. 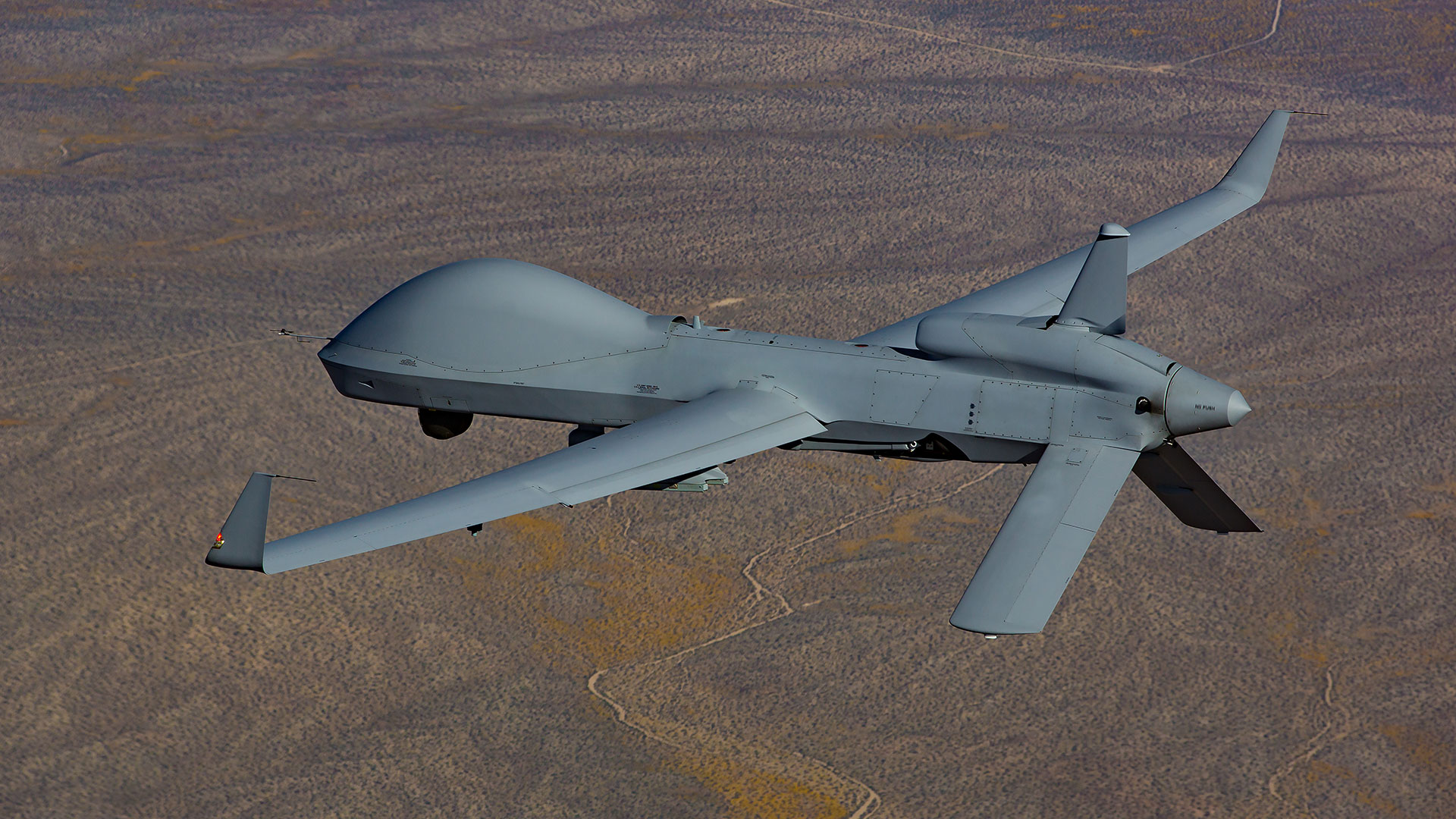 The next evolution in UAS capability is currently in development through the modernization of the Gray Eagle Extended Range. The GE-ER (MDO) leverages the open architecture and available SWAP of the GE-ER to meet the U.S. Army's operating concept of Multi-Domain Operations. Modernization efforts focus on increased capability and survivability in a large scale combat operations environment. The modernization efforts will ensure that the GE-ER (MDO) can operate and thrive in a degraded navigation environment and provide high fidelity situational awareness through a suite of long range sensors. The GE-ER (MDO) is also capable of launching Air Launched Effects (ALE). It will serve as the "ALE Mothership" and enable joint forces to maintain situational awareness deep into the battlefield. The GE-ER (MDO) utilizes the open architecture design to operate through a scalable command and control (SC2) interface. The SC2 system enables Soldiers to operate the GE-ER (MDO) through a laptop or handheld device. The advancements in artificial intelligence and machine learning are also streamlining the operation of the system. The GE-ER (MDO) leverages advancements in technology to reduce operator workload and increase overall effectiveness on the battlefield. GA-ASI remains committed to developing solutions for the Army through a robust, internally-funded research and development program. GA-ASI is bringing the needs of tomorrow into the hands of the Soldier today.